The India Research Excellence – Citation Awards are part of the ongoing efforts by Clarivate Analytics to recognize and honor research excellence in the country and are announced once every 2 or 3 years. These awards recognize Individuals and Institutions who have made outstanding pioneering research contribution in designated categories and have had significant influence over the research in that area. Impact and influence of research are determined by analysis of research citations as captured in the preeminent Web of Science scholarly research database.

IIT Roorkee is the only IIT receiving the award this year. IIT Roorkee has won the awards in the following two categories: 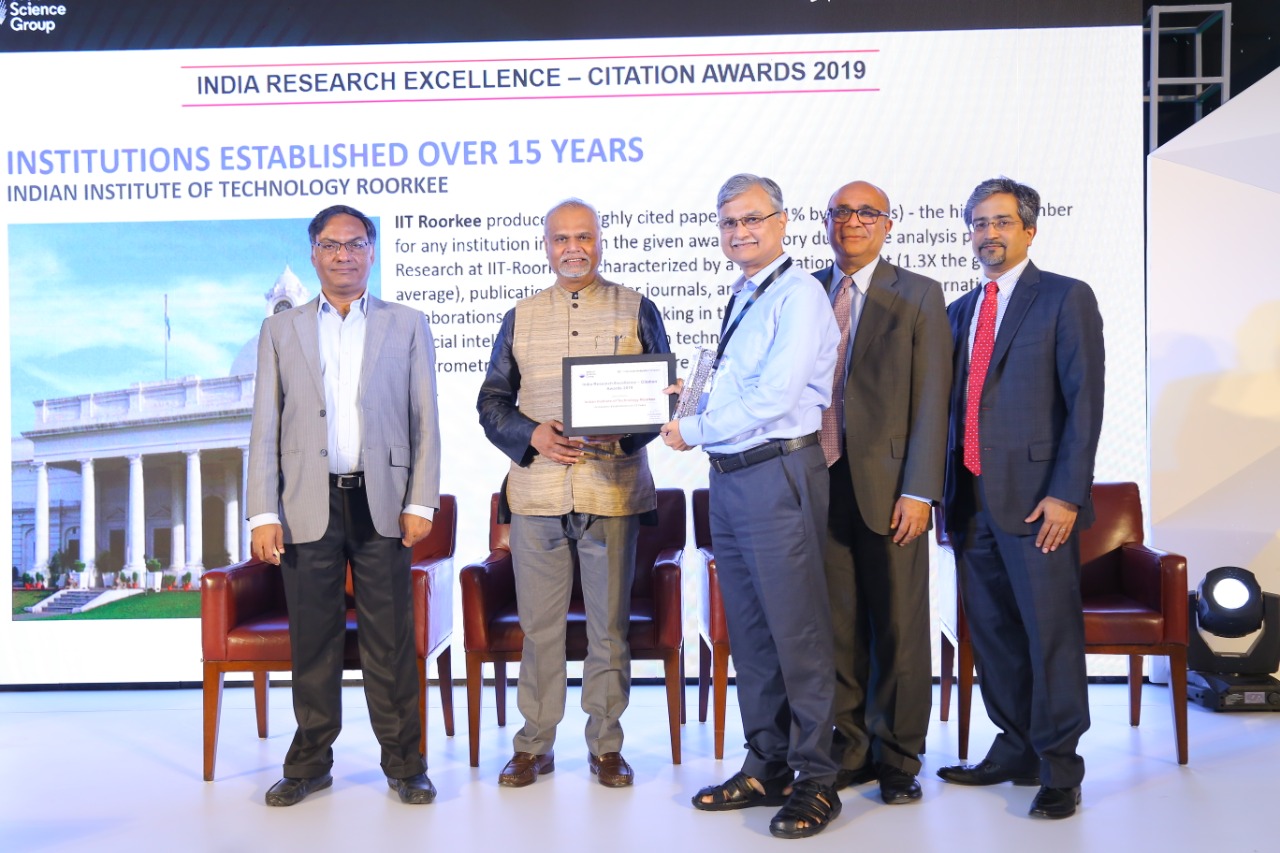 The award ceremony was held at Hotel Sheraton, Saket on Friday, 27th September. Prof. Ashutosh Sharma, Secretary, Department of Science & Technology, was the Chief Guest for the function and Dr. Bhushan Patwardhan, Vice Chairman, UGC was one of the special guests. The invited guests included senior management of academic institutions, scientists, and other senior members of the government and policy institutions in India. From IIT Roorkee, Prof. Ajit K Chaturvedi, Director attended the event.

“We are delighted on winning this prestigious award. We are thankful to Clarivate Analytics for coming up with research excellence awards which recognize institutions whose research has a greater impact” said Prof. Ajit K Chaturvedi, Director IIT Roorkee.